Thomas Mudge was essentially a watchmaker, but many of his clocks (usually signed by Mudge & Dutton) may be found by a collector. He was the son of a Devon clergyman who, seeing his son’s ability, had him apprenticed to George Graham. Mudge was admitted to the freedom of the Clockmakers in 1738 and he took a leading position in Graham’s workshop. Many of the pieces signed by Graham must contain his work. At Graham’s death in 1751, the Daily Advertiser for November 18 contained the following: ‘Thomas Mudge, watchmaker, apprentice to the late Mr Graham, carries on the business in the same manner Mr Graham did, at the sign of the “Dial and One Crown” opposite the “Bolt and Turn” in Fleet Street.’ Ferdinand the sixth of Spain ordered an equation watch from John Ellicott who, finding difficulties with its construction, had recourse to Mudge. Mudge was asked to make a piece of horology at his own price for the King and he made a complicated repeating watch in the head of a cane for which he received 480 guineas.

From 1775, he was in partnership with William Dutton, who was also an apprentice of Tompion’s. Together they made superb watches and many clocks, both bracket and longcase. In 1759 Mudge made a watch for George III with a lever escapement, an escapement which was to attain complete supremacy in watches and was to be universally adopted. In 1771 Mudge moved from London to Plymouth to continue work on chronometers and made no further clocks. 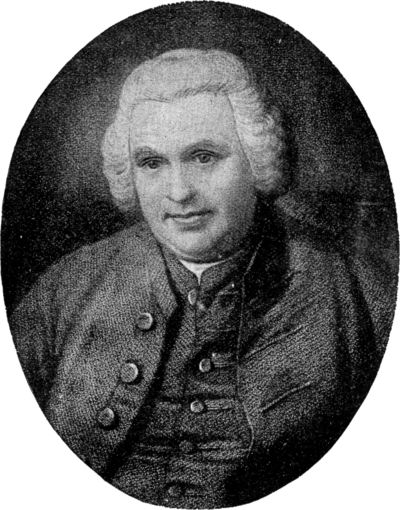 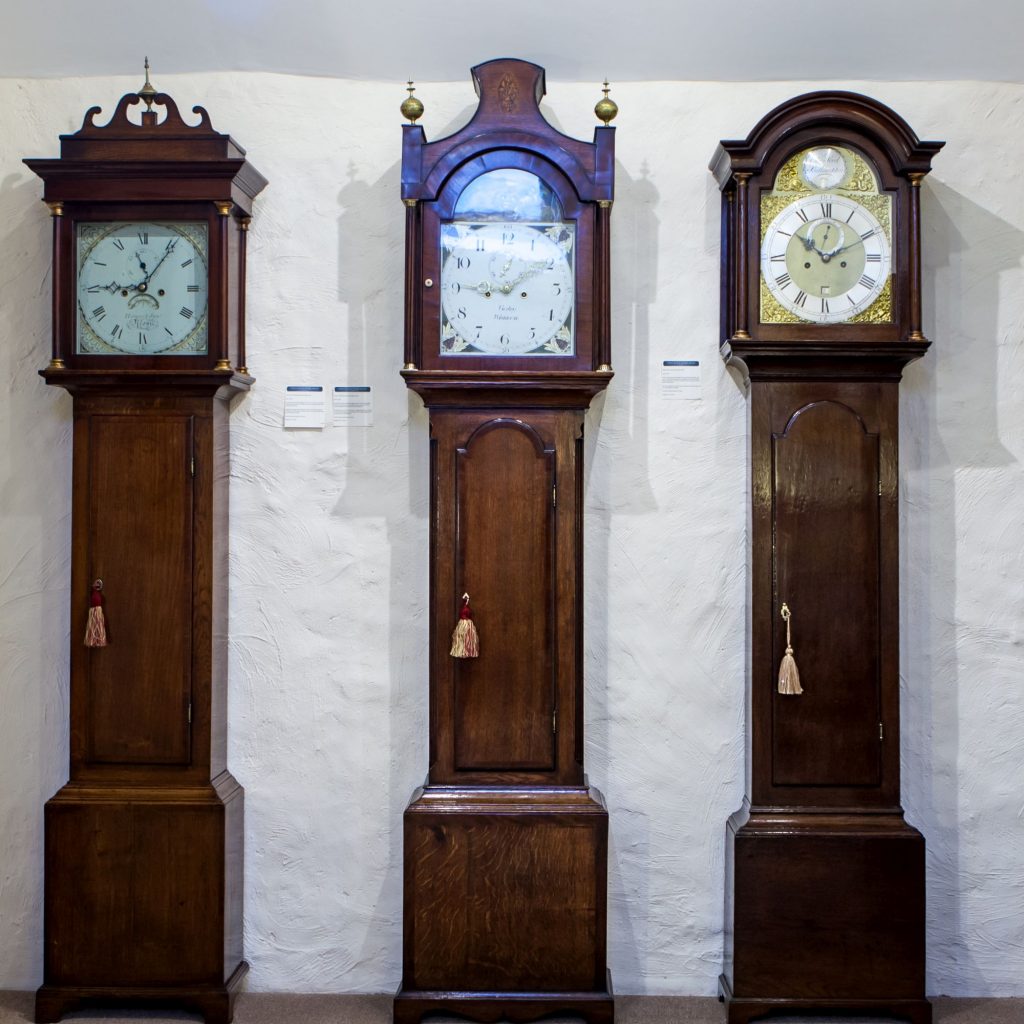 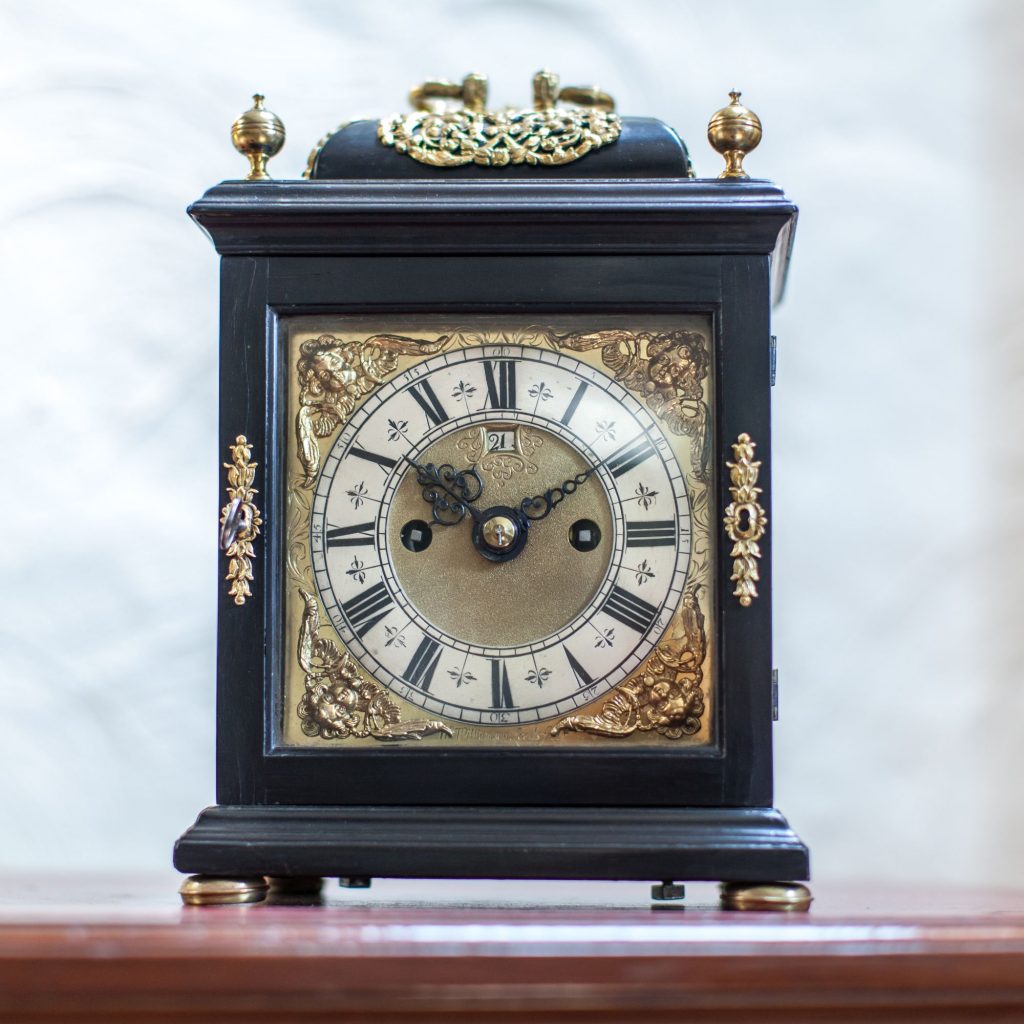 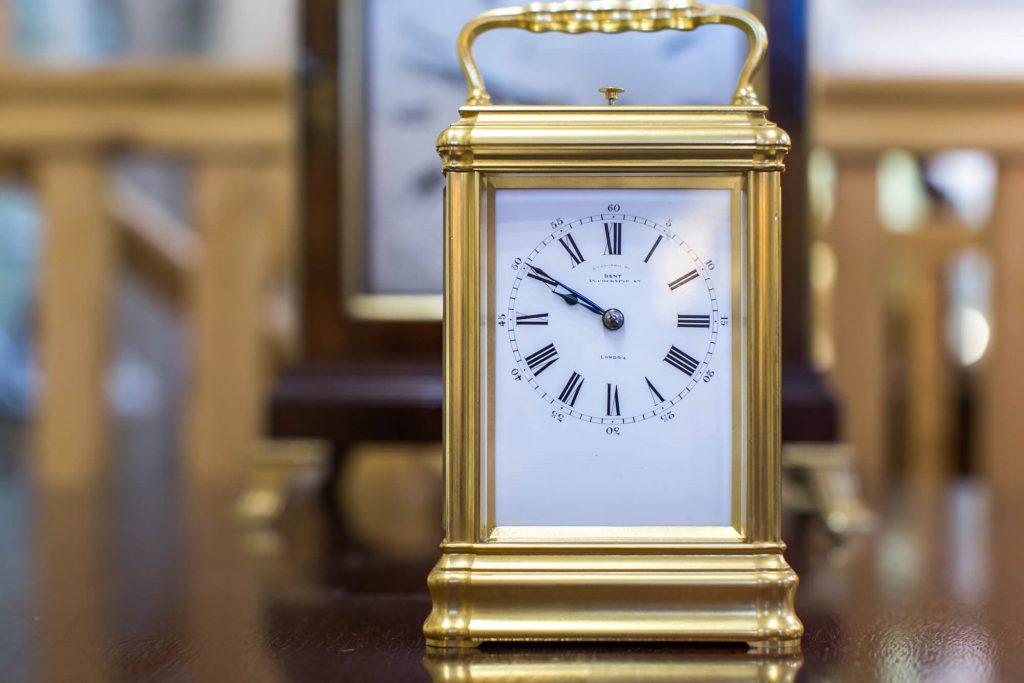 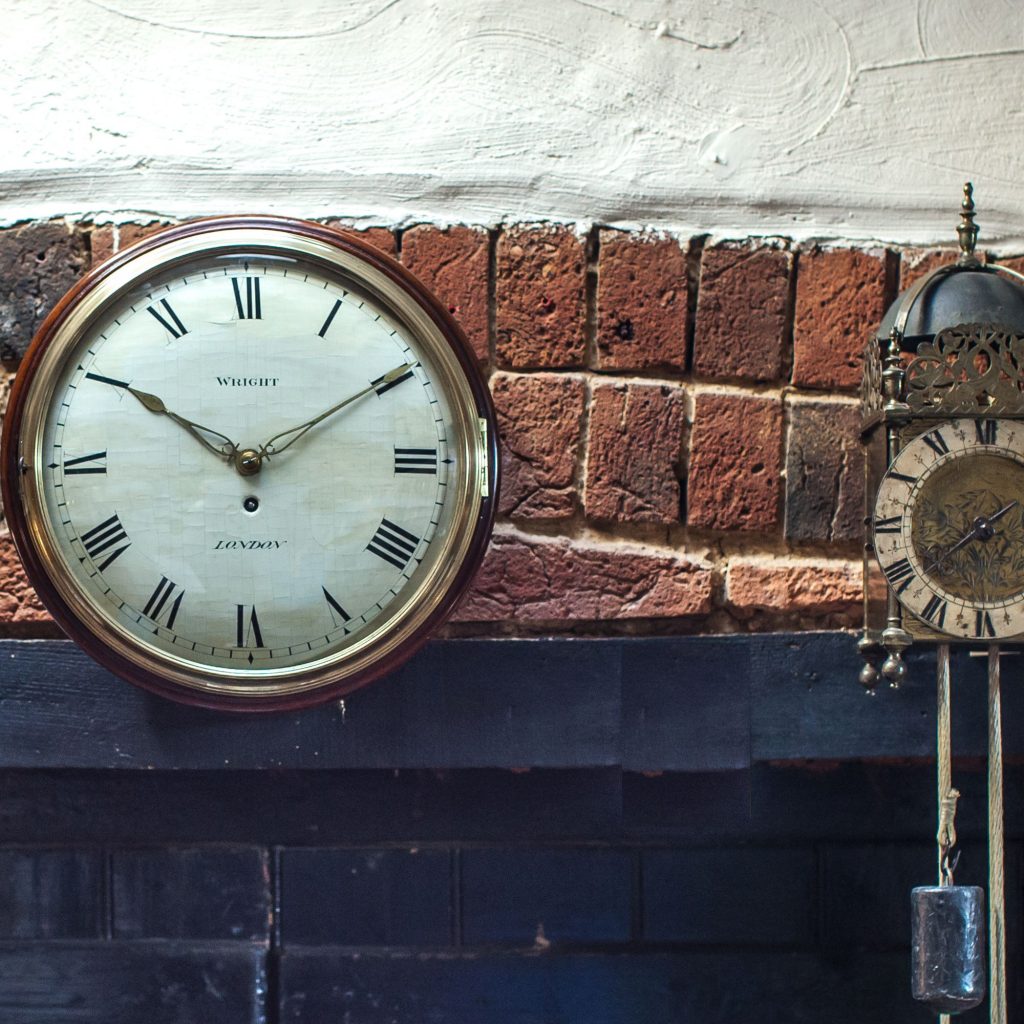 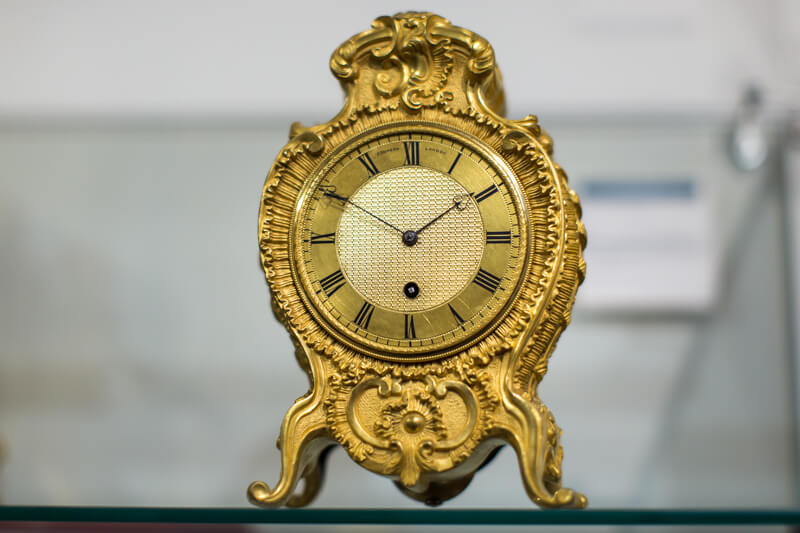 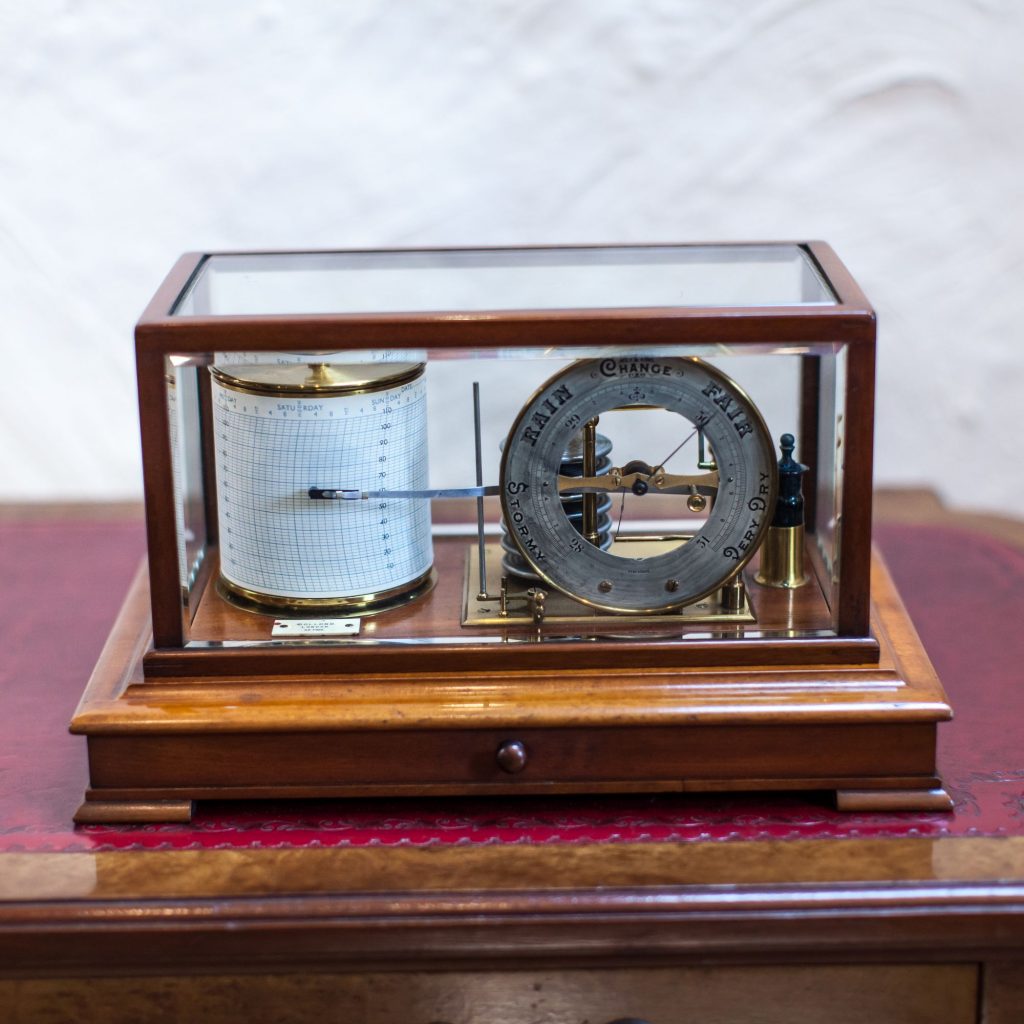 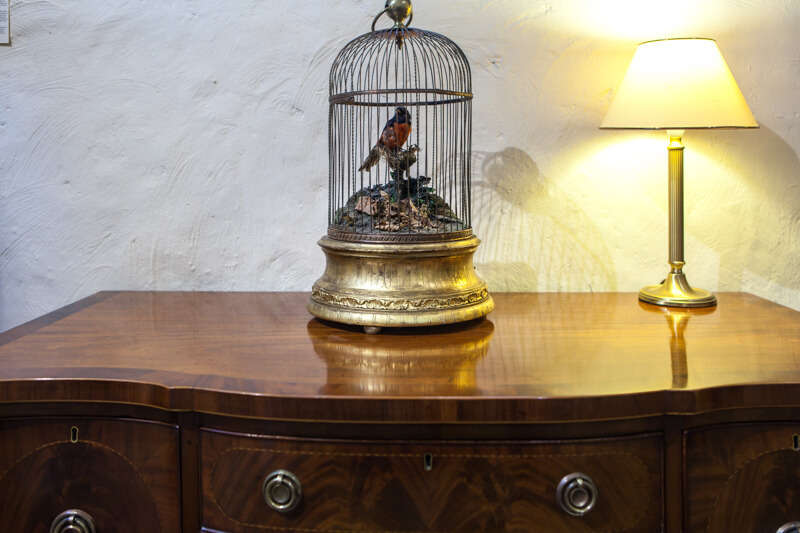 If you would like to see all of our Antique Clocks and more, visit our showroom.

The repair and servicing of antique clocks require specialist skills that have been developed over many generations. Traditionally these skills are passed on from Master to Apprentice and we now have our own team of artisans specialising in various different areas of horology.

Our restorers at The Clock Work Shop are highly trained specialists in antiquarian horology. Understanding the original style and appearance of a clock in order to accurately bring it back to its former glory.